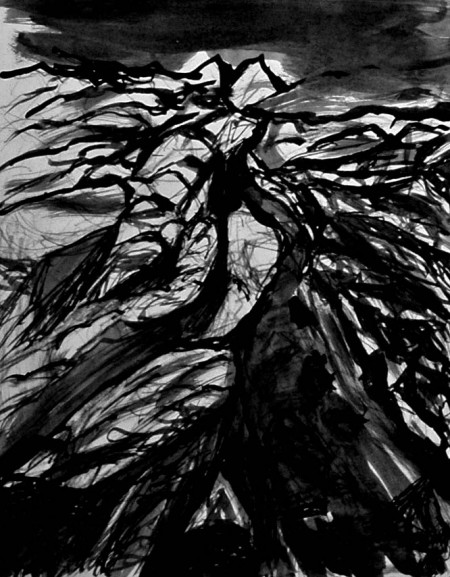 About a lifetime ago, in our loft in Brooklyn, my wife and I watched the light streaming in through the big old factory-building windows and saw, floating in the warm slanting beams, a million dust particles bouncing and floating.

“Am I wrong, or didn’t we just finish cleaning the whole loft?” I said.

“Dust IS,” she said, which I thought was kind of brilliant.

“Yeah, dust IS,” like an element, a part of creation you can’t edit out no matter what you do. It is just there. Racism is just like that.

Why bother saying anything more about it, and, especially, why should a white man say anything? No matter what a white man says is bound to be wrong. That also “IS”. And yet, this topic keeps coming up and keeps needing to be addressed one way or the other, with essays and editorials and/or with looting, rubber bullets, and tear gas.

“Why can’t a woman be more like a man?” declared Henry Higgins in “My Fair Lady”. And the white man says,“ Why can’t a black man be more like a white man?” Things would go a lot easier for everyone if that were the case. That’s what we think anyway, most of us, if I can stick my neck out a bit.

Affirmative action, scholarships, a helping hand; they all were well intentioned ways of giving black people a way into the white world where we would all be more happy. But they, generally speaking, were not having any of that; not much anyway. It reminds me of that naïve idea we had that if we would  just give those Iraqis the ability to vote and maybe a few credit cards they would, lickety split, be transformed into happy, prosperous, law-abiding Republicans and Democrats.

I went to boarding school for the high school years. I went back to the 25th reunion, already a long time ago. When we were in school in the early sixties there were maybe three African American students. Twenty five years later I was standing next to a long-time professor watching the classes of years past parade across the athletic field and saw no color anywhere except for the American flag. And I asked him about that.

“ How is that possible”, I asked, “after all that has happened?” And he said, “We can’t get them. They don’t want to come and when they do they don’t stay long. They drop out.” And now we are getting into the nitty gritty because many of them say, in one way or another,  “Fuck you whitey.” Simple as that. Racism IS.

I have lived all over the world and everywhere it is the same; the whiter you are the better it is for you. Nobody wants to be darker. Everybody wants to be lighter in skin color. That is a mysterious fact.  And  the African group is at the bottom of the barrel, maybe because they are the blackest. A well-traveled white person can appreciate that black is beautiful. I haven’t noticed that black people accept that easily.

There are a lot of other things I could say, stories I could tell connected with this topic, but to what end? What I read on this issue from white men always is self-serving in one way or another, or, in my case, also angry in one way or another. It is too much to take on and futile too. Racism IS. The best I can do is to keep ungenerous thoughts moving through and out of my mind, accepting that they are there, but not attaching to them or acting on them.

In an essay titled “The Heart of Whiteness” from the New Yorker of August 15th, 2014, Tobias Wolff said,

“A friend of mine once compared the presence of a lie in a piece of writing to a drop of dye in pure water. However slightly, it will tint the water, and the water cannot be made pure again, because the dye has become part of it. I wonder if something like that happens to us. When the first sneering name, the first joke, the first slanderous myth or image of another race—or tribe, or religion, or sexual identity—enters our ears, can we ever wholly cleanse ourselves of its effect?”

Standing at the baggage passing time:

My former wife is making websites from her home,

the other one and his wife have a boy and girl of their own.

My wife and stepdaughter are spending weekdays in town

so she can get to high school.

My mother ninety-six still lives alone and she’s in town too,

always gets her sanity back just barely in time.

My former former wife has become a unique poet;

most of my work,

I ate a mooncake, slept out on the deck

white light beaming through the black boughs of the pine

it’s good to know that the Pole Star drifts!

that even our present night sky slips away,

not that I’ll see it.

Or maybe I will, much later,

some far time walking the spirit path in the sky,

“narrow painful passageway of the Bardo”

and there you are again

waiting for your ride

Gary Snyder, “Waiting for a Ride” from Danger on Peaks. Copyright © 2004 by Gary Snyder. Reprinted with the permission of Counterpoint Press. 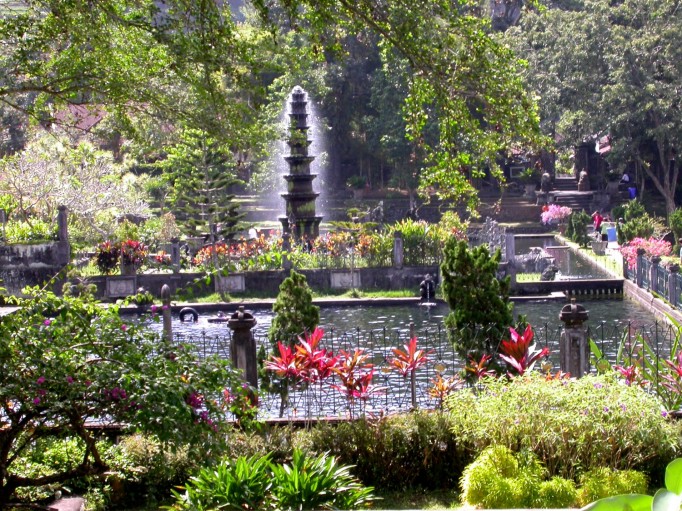 Back to the Garden

Greetings from Bali where Ramadan has concluded after a month of fasting, a return to the villages, Idul Fitri, and then back to work.  Bali is Hindu but the Muslim holiday affects everyone.
Indonesia held its third democratic presidential election and it was carried out with great care and organization. There was over 60% participation and Jokowi, the moderate, modern man prevailed by over 5 % against a man with ties to the old dictatorship and with a seriously flawed human rights record. The consensus is that Indonesia is moving forward as a moderate Muslim country and continuing in a democratic direction. Indonesia is a wonderful place to live and work at this time and especially for me because of my  Indonesian wife and my growing skill with the language. We live a local life that is rich in many ways.
Below are the things we are doing now. For my wife, Jovita, the export business is the focus and I continue to paint and write as well as organize my large photo archive. The new connection with Novica is very exciting. Thank you for receiving this communication. I hope you will open some of the links below. Ricker

Novica ,in association with National Geographic, is selling my paintings through their global site:

Our Export Business in hand-made items from Bali and Java:

A short essay about the “Back to theLand” movement of the late sixties/early seventies:

Web Gallery of Pictures of our life called  “Back to the Garden”:

Recent paintings at Empty Mirror- The City as Metaphor:

My book, The Painting of My Life, at Amazon: From 8 reviews:

“It reads with the smooth naturalism of listening to a friend tell his story, unadorned but real. Every page is a new surprise.”

“He’s got a marvelous beat to his writing and I couldn’t put the book down.”

“Just brilliant in the way the writing keeps a very simple and familiar feel and at the same time, the reader sees every image bright and clear!”

“The way we were. Fast, forceful, and quick.”

“He is a present day Patrick Leigh Fermor, only with guts and humor. This book is poetry – it reads like a movie.”

“Ricker has a gift of amazing and salient candor, very deep, very intimate, very explicit and disclosing on such very personal themes, all of it utterly unself-conscious, and unapologetic for any of the moments of deviance from the norms that may emerge periodically.